Deciding what’s best for your company

We know customers want to engage with you in the channel of their choice. For many, that’s via mobile app. But according to the E Source Utility Mobile Apps: 2018 Industry Scan (available to E Source E-Channel Service customers), 53% of utility companies don’t have a mobile app.

53%
Our research shows that 53% of utility companies don’t have a mobile app.

New mobile-app development platforms and mobile engagement methods are enabling companies to build mobile-app-like experiences across multiple operating systems. No matter what your budget is, there’s an option you can pursue to increase your mobile presence. You can:

In this report, we make the case that mobile apps are a necessary channel that utilities should invest in, and we evaluate options for how to begin or improve your mobile engagement strategy.

Mobile apps provide what today’s customers want: fast, easy experiences. If they search for your brand name on Google Play or in the Apple App Store and they come up short, you’re missing an opportunity to interact with them in one of their preferred channels. A good app helps customers connect with you and reinforces (or creates) the perception that you value your customers.

A portion of your customers expect this functionality. The 2015 E Source Omnichannel Survey says:

Mobile apps likely appeal most strongly to younger age groups and those who want to accomplish a particular task quickly, perhaps while on the go or while multitasking on their mobile device. Respondents age 18 to 34 are significantly more likely than those age 35 and up to say they’ve recently used a company’s mobile app. These younger respondents also rate the importance of a company offering a mobile app significantly higher than respondents age 35 and up.

A small but important percentage of utility customers are using utility mobile apps. According to data in the E Source Digital Metrics Survey, about 4% to 7% of respondents’ customers have downloaded their utility’s mobile app(s). It’s not a large portion of the customer base, but these customers are among the most likely to use self-service transactions. The success of DTE Energy’s Android app suggests that the portion of customers that would use a utility app could be significantly higher. DTE’s Android mobile app has more than 500,000 installs (install estimates aren’t available for the iOS app), which is about 15% of the utility’s customer base.

Done well, mobile apps provide a fast, feature-rich experience that no website can match. But features and performance can be expensive to create, especially since you need to develop two slightly different versions of the same app: one for Apple iOS and one for Google Android (at minimum). Building a mobile app from scratch requires both back-end and front-end development resources, which make building a mobile-app expensive.

The enterprise-level apps that utilities typically deploy can cost from $150,000 to $500,000 to develop. In January 2015, business-to-business research firm Clutch published the report Cost to Build a Mobile App: A Survey; it says that app development costs have a median high cost of $171,000, with average hourly rates between $100 and $150 per hour. The 2014 report State of Enterprise Mobility published by back-end services provider Kinvey says that enterprise-level mobile apps cost an average of $270,000 per app, with 56% of respondents reporting a development period of seven or more months.

If your utility has a decent budget and a large customer base, a mobile app is a project worth pursuing.

$500K
The enterprise-level apps that utilities typically deploy can cost as much as $500,000 to develop.

We know customers want mobile apps, but for the majority of utility companies, the costs of developing an app outweigh the benefits. But that’s changing. New development platforms and technologies allow you to build one set of code you can use across the iOS, Android, or Windows operating systems without customization. PWAs load like web pages but function like mobile apps, offering push notifications and offline access. They may soon make native mobile-app development unnecessary.

If your utility can’t invest in a mobile app or PWA, you should at least offer a home-screen icon with a mobile-responsive website.

Encouraging customers to add an icon to their home screen removes the first barrier to mobile engagement: inconvenience. Coupled with a responsive web design, this solution is optimal for utilities that can’t or don’t want to invest in a mobile app.

In February 2017, Google announced an improvement to the Add to Home Screen feature of its Chrome browser. In the article The New and Improved Add to Home Screen, Paul Kinlan, a lead for Chrome and web developer relations at Google, wrote:

Chrome first introduced the ‘Add to Home Screen’ banners in Chrome 51. This was a big step for the web as it provided users the ability to easily keep a favorite site on their Home screen, much like native apps. We’ve heard from developers like Alibaba that users re-engage 4 times more often with their site added to Home screen. We’ve also seen that tuning the heuristics for add to Home screen to prompt sooner yields to 48% more installs.

The major downside to offering only an Add to Home Screen prompt is that customers who prefer true mobile apps aren’t likely to use the option because they won’t find your utility’s brand name in their app stores. We recommend that you not publish a standard website to the Google Play and Apple Store app sites, as customers rate these applications poorly. Instead, build mobile apps or develop an app-like experience that users can find in their app stores.

Building native mobile apps with a single set of code

Previously, if you wanted your mobile app to run on iOS, Android, and Windows platforms, you had to build three sets of code. Now you can use software development platforms to deploy native apps using exactly the same code across all platforms, including a mobile-responsive website.

Adobe PhoneGap is an Apache Cordova–powered tool that can significantly speed up mobile-app development. It allows you to use front-end coding languages like HTML, CSS, or JavaScript to create one set of code that can perform natively on any software platform.

Google made headlines in February 2018 when it released the beta version of its own app development framework called Flutter (Figure 1). According to the website, Flutter can provide “native performance” across operating systems using only one source of code. The tool is different, says the Flutter FAQs page, because developers can build the code using a “thin layer of C/C++,” which requires more-advanced coding knowledge than HTML or CSS does.

With these development platforms, you can use a simple single code to develop mobile apps without starting from scratch or using multiple code sets, saving time and money for in both development and maintenance efforts.

Progressive Web Apps can act as mobile-optimized sites or as mobile apps that are available in popular app stores. PWAs have functionality that native apps don’t, but they can’t do everything native apps can do. Working in their favor, PWAs are more economical than native apps. As long as it’s cost-effective to develop a PWA for your utility, we recommend pursuing it.

Experiences that combine the best of the web and the best of apps. They’re useful to users from the very first visit in a browser tab, no install required. As the user progressively builds a relationship with the app over time, it becomes more and more powerful. It loads quickly, even on flaky networks, sends relevant push notifications, has an icon on the home screen, and loads as a top-level, full screen experience.

PWAs can serve both as apps published to the app stores and as mobile-responsive sites. You access them via a URL, just like a website. And while it doesn’t appear simple to publish a PWA to the app stores, the FreeCodeCamp article I Built a Progressive Web App and Published It in 3 App Stores. Here’s What I Learned proves that it can be done.

PWAs have nearly all of the functionality users look for in an app, including:

The capabilities of PWAs are limited by the functionalities available in mobile web browsers. For example, features like biometric sign-in and location services may work only in certain browsers. Native apps offer fast, fluid user experiences that PWAs can’t match, but PWAs have some features that apps don’t. For example, they:

The only reason companies that don’t already have a mobile app shouldn’t pursue building a PWA is because of cost.

Given that PWAs include nearly every feature that native apps do and more, the only reason companies that don’t already have a mobile app shouldn’t pursue building a PWA is because of cost.

Our research indicates that the costs of developing a full-featured enterprise-level mobile app is somewhere between $100,000 and $500,000. PWA’s should be less costly as long as your website is built on a platform that can integrate PWA functionality, and as long as your IT resources can learn the coding skills necessary to implement a PWA. If your utility has a modest budget and limited resources, a PWA is your best bet. The free resource PWA Builder can help you identify gaps in your website and even generate a cross-platform PWA.

Industry consensus says that most websites (desktop and mobile) are going to transition to PWAs in the next five years. The article Yes, That Web Project Should Be a PWA by the web design online magazine A List Apart argues that every website should be a PWA. So the question of whether to develop a PWA may not be “how much will it cost?” but rather “when should we do it?”

Deciding what’s best for your company

With so many options for developing a mobile app, there’s no excuse not to do it. If you’re unsure which mobile-app strategy is right for your utility, use our mobile-app decision tree (PDF) for guidance (Figure 2).

If your utility is averse to developing a new mobile platform, you should at a minimum have a mobile-responsive website with an Add to Home Screen prompt. If your utility is open to taking on an innovative project and wants to explore a potentially low-cost solution, you should pursue a PWA. If your utility is a bit more traditional in its approach to mobile apps but hasn’t released an apps because it’s too costly, use cross-platform development technology to build the software. If your utility has the budget and resources to support it, build a native mobile app to engage your digital customers.

It’s been over 10 years since Apple started the smartphone revolution. Isn’t it time your utility serve these millions of customers? 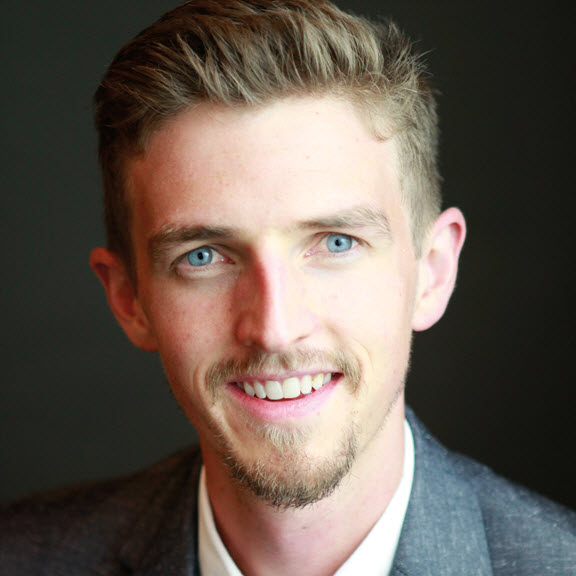 Keenan Samuelson focuses on strategies to enhance the utility customer experience. He spends the majority of his time researching how to optimize...

Need help with a business challenge? Our consulting team can help you find a solution!