Utilities are faced with increasing pressure to cut costs while maintaining reliability and reducing risk. Most still approach age-old problems with tried-and-true solutions. They trim vegetation that impacts transmission lines on a set schedule, they address gas leak issues only when they become a problem, and they don’t plan proactively for predicted storms and their potential impacts.

The time has come to take advantage of predictive data and machine learning to make smarter decisions. Utilities that do so will reduce operations and maintenance costs, improve reliability, minimize problems from unplanned work, and ultimately improve both safety and customer satisfaction. You can’t afford to keep doing what you’ve always done.

The risk that comes with being risk averse

In his book Against the Gods: The Remarkable Story of Risk, Peter L. Bernstein wrote:

Who can blame electric utilities for being risk averse? Meeting the 24x7x365 needs of an increasingly power-dependent population is as demanding as it is mission critical. No one wants utilities taking heedless chances–not customers, utility commissions, or utilities themselves.

Ready to take your vegetation management to the next level?

Watch our on-demand webinar to learn how data can help enhance and optimize vegetation management processes!

But this aversion to risk has led to a codification of risk management approaches that don’t really work that well. Doing what we’ve always done gets perpetuated mainly because there’s perceived safety in an already accepted practice.

Well-worn, “safe” risk management approaches that may not deliver results but don’t rock the boat are beginning to come under pressure due to macroenvironmental factors. Climate change, and the severe weather it’s unleashing, has risk managers scrambling. Whether fires in the West or flooding in the South and East, the disruptive and damaging forces of nature are now an equal opportunity disaster waiting to happen for any utility anywhere.

Electric utilities can’t afford to keep the lights on in every possible circumstance for every customer, and consumers aren’t willing to pay what would be needed to accomplish this goal.

Set against the reality of increasing climate risk and a bevy of other high-ticket items—including grid decarbonization and energy equity—is a practical issue: money is tight. Electric utilities can’t afford all the fixes necessary to keep the lights on in every possible circumstance for every customer, and consumers aren’t willing to pay what would be needed to accomplish this goal.

A simple yet direct edict. But let’s be honest: do electric utilities live by it? With all due respect, we say no. But, with even more respect, we see and offer a path to yes. It’s one that’s proven, quick to implement, and won’t break the bank.

We’ll use the example of grid investment optimization with the understanding that it can stand in for any number of use cases, including wildfire mitigation, vegetation management, and capital deployment for reliability improvement. Utilities today typically take one of two approaches to risk mitigation. For something like vegetation management, they may use a time-based or cadence-based approach where all parts of the system get equal treatment. Or utilities may rank order each line or circuit of a system based on outage performance. Given limited funds, those lines or circuits above the average—that is, those that experience more than the average number of outages—receive the most consideration for investment. Perfectly logical.

Except for the fact that your engineers implicitly know that these dollars aren’t optimized to fix the problem. For example, some of those circuits perform the worst every year, usually because they’re the longest circuits (there’s more opportunity for problems to occur) or run through the most-challenging terrain, and nothing’s going to change that.

Put another way, it’s a little like identifying the 10 slowest runners on your football team and investing your time and effort into making them faster. The problem, however, is that these 10 players are all on your offensive line. They don’t need to be faster. Yes, it might be nice if they were (it never hurts), but if your running back gained another step or two, you’d win more games.

For utilities, the equivalent of winning more games is investing in the lines or circuits that perform the worst against their true potential rather than against the system average.

Aggregating improvements across those circuits with the most potential (think Bernstein’s “where we have some control over the outcome”) will increase overall system performance much more than investing in overall worst performers—some of which are out of our control. Unless you consider a full rebuild, you can’t change a circuit’s length, so if a circuit is performing poorly solely because it’s long, that may not be the optimal place to deploy capital to disproportionally improve reliability.

How can utilities shift their risk management approach from a rank-order punch list of poor-performing circuits to one ranked by true potential improvement and better return on investment?

Every power line and circuit tell a story that can be understood more granularly, especially by AI and machine learning.

Every power line and circuit tell a story that can be understood more granularly, especially by artificial intelligence (AI) and machine learning, as more performance detail and the dozens of variables that affect it—everything from location, microclimate, and rainfall to pole heights and vegetation—are identified, understood, analyzed, and monitored.

By reorienting risk strategies around a new narrative created by machine learning trained on your data—and easily supplemented by third-party data—you’ll be trading in your list of averages that likely looks a lot like last year’s for a new one that will create value, directing investment where it will measurably improve system performance.

As a leading data science company, E Source Data Science services works collaboratively with utilities to identify the right opportunities for prediction, puts their predictive data to work, and gets meaningful results fast—all in an IT-light solution that’s focused on delivering tangible outcomes with measurable returns. Our suite of AI-powered solutions can help utilities jump the technology curve and deliver value.

Learn more about how our data scientists can help with grid and asset optimization. 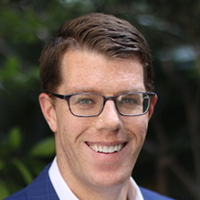 Tom Martin leads the data science team and is a key partner to our clients in demonstrating how data science solutions can help solve their...