Before diving into the discussion, Nicole explained the common goals of smart city initiatives and highlighted some trending applications, including:

Nicole followed up the trend info with some of the biggest challenges the E Source team identified over the course of its research, including the slow pace of technology adoption, digital exclusion in communities, and limited resources. And though the conversation largely focused on the bottlenecks of smart city projects, the panel also celebrated the accomplishments of both Ruston and Long Beach. According to Nicole, “It was truly wonderful showcasing the results of the City of Ruston’s smart city assessment during our Smart Cities Connect panel discussion. We’ve found that using survey-based tools is a great way to get candid feedback, which can really help the city’s planning efforts.”

To kick off the conversation with Andrew and Ryan, Dale asked what was going well with smart program initiatives and what was causing bottlenecks in their cities. “Smart cities are still relatively unproven,” Ryan reflected, recognizing how new the concept of smart cities was to many stakeholders. “There’s always a challenge when demonstrating the potential of smart cities to city leadership and elected officials to make it worth their while.”

Ryan shared a story about how supportive elected officials can make a big difference. The mayor had tasked city staff with developing strategic initiatives. Having support from the mayor’s office made all the difference in moving the smart city initiative forward.

“There’s always a challenge when demonstrating the potential of smart cities to city leadership and elected officials to make it worth their while.” –Ryan Kurtzman, smart cities program manager, City of Long Beach

In November 2019, Ryan’s team started developing the initiative. And although the team had tackled projects such as rolling out advanced metering infrastructure (AMI) and introducing electric scooters to the community, the smart city project was bigger than anything the team had ever implemented before. The priority of the new initiative was to not only explore and implement a new technology, but to do it in a way that met Long Beach residents’ needs. The team used ethnographic research to reveal those needs.

To achieve its goals, the project needed to follow a roadmap of strategic objectives as well as a set of guiding principles—value statements to align the chosen technology with equity, data privacy, resilience, and local investment. The initiative was approved in April 2021 and has been making strides ever since.

Andrew added his own challenges to the discussion. He explained how difficult it was to launch new initiatives with limited staff while juggling other daily priorities. He recognized and credited the City of Ruston’s partnership with E Source for helping the city use AMI to actively collect data and smart city information. He said, “The Smart City Assessment tool was paramount to the City of Ruston really beginning to outline its smart city goals.” The work with AMI has been opening other opportunities to develop even more smart initiatives in Ruston.

“What’s good about smart cities is also the drawback,” Nicole explained when discussing the Ruston project. “The pro and con is that there are so many options available to you when we talk about smart cities. You can’t find a one-size-fits-all kind of program.”

Luckily, cities can turn to E Source for help. The Smart City Assessment tool helped Ruston dramatically. Reflecting on the experience, Andrew expressed, “The assessment tool identified places that we could rapidly deploy smart options to make our employees’ lives a bit easier and opened our eyes to things we could achieve with little to moderate implementation and work.”

Digital inclusion is key for a successful smart cities program

The discussion moved into the importance of engaging with the community at the start of an initiative, especially understanding the challenges residents face in their daily lives. Ryan pointed out the ignorable digital divide in his community: 10% of residents in Long Beach don’t have access to technology such as high-speed internet or smart devices. Until that can be resolved, Ryan said, a city can’t become a smart city.

“Smart cities is super intertwined with digital inclusion, and we can’t move forward without addressing the digital divide,” Ryan explained. “I think we, as city practitioners and municipal leaders, need to really be intentional and thoughtful about bringing those community members to the table to begin with. Community engagement is critical.”

Long Beach has been working hard to design digital inclusion programs to bring devices and internet to those without in order to connect the entire community.

Ruston also struggles with the digital divide. Andrew shared how COVID-19 only exasperated the issue as some members of the community were unable to participate in virtual classroom environments or work-from-home programs due to lack of devices or connectivity. In response, Ruston has been exploring a plan to build its own fiber network to provide internet to the entire community. 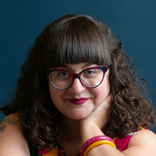 Sara Patnaude is responsible for the E Source blog, case studies, and all other marketing collateral. Prior to joining E Source, Sara...