This summer, California, like other US states, recorded some of the highest sustained temperatures on record. In late August, meteorologists observed and then alerted authorities that an approaching weather pattern would culminate in a savagely hot week in early September. They predicted temps in excess of 110° Fahrenheit in many parts of the Golden State.

The California Independent System Operator (CAISO), the state’s grid monitoring and power system operator, reckoned it was in for trouble and prepared itself and the state’s citizens for what might come. CAISO’s remarkable response was many years in the making. It shows how a proactive approach to power system operations, active use of demand-side management (DSM) programs, and customer engagement helped the state avoid a mega blackout.

Are you proactively responding to system-wide peak resource events?

Fill out this short form to start a conversation about your needs and how we can help.

California has had more than its fair share of power- and energy-related headaches due to weather. Though it’s not the only state or region to be so impacted, California does stand out because of the frequency of catastrophic wildfires, drought, and soaring temperatures. Wildfires and extreme weather events have contributed to an increase in generation, transmission, and distribution failures across the US and Canada. And the costs are mounting.

In fact, since January 2020, there have been 52 weather-related events in the US that caused over $1 billion each in infrastructure damage. The aggregate destructive impact of these mega events is over $250 billion according to the National Oceanic and Atmospheric Administration (NOAA). See NOAA’s Billion-Dollar Weather and Climate Disasters for more data.

The CAISO has outlined and is addressing serious concerns about the power supply in California, but the rapid and continued growth of electrical load highlights the need for something other than throwing more power at the situation. Most load-serving entities in the state are actively investigating how they can use science-based targets to cut greenhouse gas emissions and maintain affordability and reliability. That means getting serious about energy efficiency and curtailment in periods of greatest demand.

A shift in the utility sector

We’re seeing a shift in the utility sector away from supply-side-dominated considerations like brute force power generation to a more subtle and complex demand-side focus on how we can measure, control, and shift load to reshape consumption patterns.

A great example is the energy imbalance market, a system that addresses market economics and has helped solve the problem of supply shortfalls. The Western Energy Imbalance Market (WEIM) harnesses generation from a 12-state cooperative pool that stretches from the southern border of the US into Canada and as far east as Colorado. The WEIM sends excess generation capacity, primarily from renewable sources, through western US power lines. Operators can dispatch thousands of megawatts (MW) in 5- to 15-minute increments. This capability allows almost instantaneous load balancing in a region many times the size of Texas and channels power from low-use areas to high-use areas in real time.

We’re seeing a shift in the utility sector away from supply-side-dominated considerations like brute force power generation to a more subtle and complex demand-side focus on how we can measure, control, and shift load to reshape consumption patterns.

So, when the CAISO forecasted peak demand to hit 52,500 MW in California on September 6, 2022, several forces went into play. As supply struggled to keep up with the demand from things like air conditioners, available reserves dropped from 7,800 to 1,085 MW. A lack of reserve power of this extent can jeopardize the whole function of the power grid. To keep the grid going, operators typically shut off power to shed load, causing brownouts or blackouts.

Faced with the need to curtail load or risk blackouts, the CAISO and the California Governor’s Office of Emergency Services sent a text message to 27 million residents, urging them to cut back their power consumption. That simple action reduced consumption by an astonishing 2,400 MW. In addition, the CAISO had access to more than 3,900 MW of battery storage resources to dispatch as needed.

Those distributed energy resources (DERs) were a key part of the response. System operators looped in battery storage resources, including thousands of small, home-based batteries like those found on the walls of many California garages.

Is there a lesson to be learned from the California heat wave?

Tesla estimates that it has as many as 50,000 systems online in California, which suggests an aggregate potential of up to 675 MWh. Until now, such systems were mainly for home duty cycling, meeting 25% to 100% of homeowners’ power needs. But as part of a coordinated response, these systems could provide thousands of megawatts of power, either instantly or in series, to alleviate periods of demand crunch. Even as an opt-in program, utilities could deploy hundreds of additional megawatts to the grid. California utilities contacted battery owners ahead of the surge to make sure their systems were online and fully charged (figure 1).

Perhaps the best lesson from the California heat wave is that combining coordinated and proactive responses to system-wide peak resource events with DSM and DERs can contribute to massive demand reductions and supply significant power. If DSM and DERs can muster over 6,000 MW of capacity in California, how could we reshape load across the country if other independent system operators and utilities follow the CAISO’s lead? 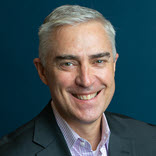 Michael Carter oversees the E Source subscription products and is responsible for the company’s growth and strategic direction. He has...