For decades researchers, industrialists, and regulators have debated the merits of various clean mobility technologies, everyone placing their bets on which will eventually dominate the markets. Camps were established, lobbyists enlisted, and policies penned, all with good intentions but poor results. Limited funding for energy technology research and market development led to in-fighting among these groups, in spite of their shared objectives. What followed was largely stagnation in the face of accelerating global crisis.

We need to stop fighting with each other and start getting serious about scaling tomorrow’s fueling infrastructure.

The infighting, unfortunately, persists: the renewable hydrogen supporters are fighting with the nonrenewable hydrogen people, the battery-swapping enthusiasts are arguing against the fast-charging folks, and the all-electric fraternity is thumbing its nose at the plug-in hybrid proponents. Meanwhile, none of these technologies has made sufficient progress to effectively combat climate change, so the world burns while our supposed clean-tech saviors bicker. There’s plenty of room under the mobility clean-tech tent for everyone. But we need to stop fighting with each other and start getting serious about scaling tomorrow’s fueling infrastructure.

Between 2004 and 2009 I worked on my graduate studies at the University of California–Davis as a research and teaching assistant within the Institute of Transportation Studies (ITS-Davis). At the time, all advanced mobility technologies weren’t commercially available and their potential for succeeding in the markets was entirely theoretical. Debating relative merits back then seemed more like intellectual sparring or professional ribbing than a matter of life-and-death on this planet. It didn’t seem to matter so much who was right or wrong if we were learning something along the way. During my time at Davis, I worked on air quality and emissions studies, built plug-in hybrid electric vehicle prototypes, modeled hydrogen fuel cells, and evaluated emerging battery technologies. It was an exciting time to be a student.

Debating relative merits back then seemed more like intellectual sparring or professional ribbing than a matter of life-and-death on this planet. It didn’t seem to matter so much who was right or wrong if we were learning something along the way.

Sure, we all wanted to feel like we were doing big, important work and that we were respected as contributing to a world-class research institution, but as long as our research was getting funded, there were no real loyalties among us grad students. Picking sides seemed less important than furthering our understanding of the various options available to society and helping move the needle, no matter how slowly.

In 2009, near the end of my time at ITS-Davis, I attended the Asilomar Conference on Transportation and Climate Policy. As a graduate student with limited professional experience, I felt like a fly on the wall, just happy to be invited as I listened intently to an impressive collective of industry and government leaders discuss the clean transportation needs of society. It was all very heady stuff. What would the next 10 years look like? How quickly could we decarbonize the transportation fuel supplies? Where should we place our focus and spend our resources first, next, then later? It felt like we were standing at the starting line, eagerly awaiting the right market and policy conditions for the race to begin.

Fast forward to 2021. Twelve years have passed, and I once again find myself in Monterey, California, attending the Asilomar Conference. This year, the theme was New Beginnings and New Opportunities. I got déjà vu as the conference started. Was this the same race we were waiting eagerly to begin back in 2009? Or had that race already ended, and we were starting a new one? I honestly had no idea, as I hadn’t attended any Asilomar events since 2009. I have largely been out of the mobility research loop since joining E Source in 2010. I’ve been working on research related to all clean and emerging technologies that are most important to utilities and their customer programs. I’ve tried to keep my finger on the pulse of electric vehicle (EV) developments but definitely felt like I was in the weeds with the mobility geeks.

By the middle of the first day at Asilomar, it became abundantly clear that this wasn’t the same race we were waiting to run 12 years earlier. Maybe that race never happened, but this race was decidedly different.

By the middle of the first day at Asilomar, it became abundantly clear that this wasn’t the same race we were waiting to run 12 years earlier. Each presentation had a sense of urgency and passion that I had never seen from a group like this before. Winners were being declared without reservation, if only for specific niche markets, and the cry for “every low-carbon fuel, as fast as possible” rang loudly in nearly all the sessions I attended.

Here are a few of the key takeaways from those three days:

A call to action for utilities

The consensus at Asilomar—across the spectrum of clean mobility leaders from all corners of the mobility industry and climate policy—is that vehicle availability and cost is still a barrier, but not nearly as big as the problem of inadequate fueling infrastructure. For EVs, we’ll use our existing electric grid and update it as needed. But capacity availability is highly questionable. Reliability is a major concern. And negative impacts to distribution transformers and other grid equipment are likely inevitable and upgrades will be necessary.

What can utilities do to properly prepare for the massive impacts that lie ahead? Here are a few suggestions to get started:

Stop waffling over executive buy-in and start taking this seriously. For the last 10 years, most utilities have taken a reactive approach to transportation electrification. Acting purely in response to regulatory requirements or customer demands, investments and portfolios have been patchy and piecemeal. This approach won’t work moving forward, and we can’t afford anything less than full utility buy-in across the organization, lest we face major problems and infrastructure shortages.

We can no longer excuse ourselves by saying “we’ve never done this before—we’re basing decisions on very limited information.”

Think and act holistically on EV charging infrastructure planning, deployment, and management. No one can be faulted for the inefficiencies of the initial roll out of EV charging stations. We can no longer excuse ourselves by saying “we’ve never done this before—we’re basing decisions on very limited information.”  There’s enough data and lessons learned from those early deployments for us to make sound business decisions about where to place new infrastructure, how much we need, and how best to size and manage it. But none of it does any good if we aren’t paying attention, planning carefully, and working together toward the common good.

Assume that, eventually, any vehicle that can be electric will be electric. Even though BEVs will probably never penetrate 100% of all vehicle markets—or at least, probably not within our lifetimes—a useful worst-case scenario from a distribution planning perspective may be to assume that they will. When this happens, how much demand will they put on the grid? Where will new charging infrastructure be needed? What distribution grid upgrades will be needed? How do various charge- and discharge-management techniques impact these scenarios? How does distributed generation and storage impact the need for more centralized assets? Once you’ve developed at least an initial understanding of what a fully saturated system might look like, then you can back into more-realistic planning for an electrified future.

Don’t sit back and wait for vehicles to arrive—help to drive the market. We may not have hit the so-called inflection point for EV adoption, but we know it’s coming. Some utilities already over-shot predictions for how many EVs would be on their grid today. The assumption that once vehicles were available, customers would line up to buy them, has so far been overly optimistic. What we now know is that the average customer has very limited exposure and an immature understanding of EVs, including about how and where to charge these vehicles. The majority don’t even realize they can charge at home using a standard 110-volt outlet. Utilities can’t simply stand back and wait for the market to mature, but should be actively helping to develop the market, educate customers, and create the future that we’ll all be living in soon.

This post is part one of a three-part mobility blog series. Stay tuned for parts two and three in the coming months! 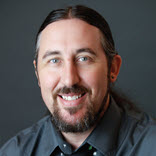