People often shop around for the cheapest gasoline in town. You can see them scanning gas station signs for the lowest per-gallon price. As the electric vehicle (EV) market matures, consumers are going to be sensitive how much it will cost to “fill up” their EVs.

This is just a glimpse of the data we have from the E Source Electric Vehicle Residential Customer Survey. Contact us for more data points and an analysis of your utility’s EV strategy:

To get a glimpse into their perceptions of cost, E Source asked utility customers in the US and Canada a series of pointed questions in the E Source 2020 Electric Vehicle Residential Customer Survey. Here we offer insights to help you improve consumers’ understanding of EVs through new messaging approaches. Additionally, these results can help utilities better plan their public charging network pricing and determine whether time-variable rates are attractive to EV owners and shoppers.

Given that someone might drive across town to save $0.10 per gallon of gas, this seems to be a golden opportunity for utilities to tout the extremely low price of electricity as a fuel. Yet that message isn’t being relayed even to current EV drivers, so it’s unlikely potential buyers are getting the information.

In November 2021, the US passed the $1.75 trillion Infrastructure Investment and Jobs Act. The bill funds upgrades to American infrastructure, transportation, and energy systems, including $7.5 billion to help set up a national EV charging system. To learn about the return on investment for an EV charging system, read the EV Connect article Are Car Charging Stations Profitable? 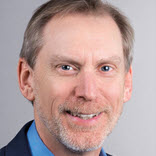