As technologies for commercial lighting and building controls continue to advance and mature, we’re seeing a convergence of these technologies and their interdependencies within commercial spaces. Lighting is increasingly expected to be a promising gateway to deliver wider building controls, automation, and Internet of Things capabilities while presenting fewer barriers to entry than other channels, especially for small and midsize business (SMB) customers. I agree that this convergence could open exciting new doors for utility commercial lighting programs and the customers they serve.

One interesting emerging-tech development that involves the complete merger of lighting and controls communication technologies is the use of light to directly transmit information through the air without the need for a secondary communications channel or other media, like fiber optics. This technology, referred to as visible light communications (VLC) or Li-Fi (a play on Wi-Fi), was first developed in 2011 by researchers at the University of Edinburgh. The technology transmits information—at speeds up to 100 times faster than a Wi-Fi signal currently can—by switching on and off LEDs, and sensing and interpreting these rapidly and imperceptibly flickering light signals. A June 27 Lux article describes plans for a Li-Fi installation in a Paris office building—reportedly the world’s first full-scale commercial deployment of the technology.

Now, of course, I’m not suggesting utilities run out and redesign their commercial lighting programs around networked LEDs that utilize Li-Fi communications standards; the technology is still very new and relatively unproven, and it may be years before Li-Fi will be ready to incorporate into utility incentive programs. What I am suggesting is that utility professionals should start viewing the future of their commercial lighting programs through an increasingly holistic lens, one that includes lighting and building controls within the same framework. As programs move away from per-unit incentive measures and savings goals and toward whole-building performance standards, it will become increasingly important to consider the interactions between lighting equipment and other building systems to leverage deeper savings and eliminate unnecessary complexity and redundancy. Those efforts will make it easier to reduce and justify the added costs of controls.

If you want to learn more about how commercial lighting programs are being re-envisioned to account for technology, regulatory, and market changes, don’t miss our 2016 E Source Forum session “Harvesting the High-Hanging Fruit in Lighting: The Potential for LEDs, Networking, and Controls.” It’s scheduled for Thursday, September 15 from 10:30 to noon at the Sheraton Denver Downtown in Denver, Colorado. Also, if you’re a member of the E Source Technology Assessment Service, check out our recent report on commercial lighting, LEDs, and controls technology: Adding Controls to Get the Most Out of LED Lighting in Commercial Facilities. 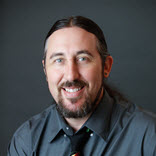