Have you put your deposit down for the Tesla Model 3 yet? If you have, you’re one of the nearly 400,000 who paid $1,000 to reserve a vehicle that will be ready no sooner than the end of 2017. To put that number in perspective, the total number of all electric vehicles (EVs) sold in the US in 2015 was 116,000—that’s less than half the number of people dropping dollars for the Model 3. And they’re doing it without the $7,500 discount, since federal EV incentives are capped at 200,000 vehicles per manufacturer.

This could be big news for the electric vehicle market, which is still mostly reserved for wealthy environmentalists. People love to maintain the status quo, and although plugging in your car while you sleep is anything but the norm right now, Tesla CEO Elon Musk’s aim with his latest vehicle is to bring EVs to the mainstream market. Of course Tesla isn’t the first manufacturer with that goal, but the six-figure preorder sales suggest he may be the first to achieve it. Yes, manufacturers such as Nissan offer EVs at affordable prices, but ranges of less than 100 miles continue to give car shoppers pause. The Model 3 alternatively offers the holy trinity of EV qualities: affordable price; wide range; and drool-worthy, bragging-rights-level packaging.

Before you start rushing to the Tesla preorder site to type in your credit card digits, consider the manufacturer’s opponents (or teammates, depending on your outlook). Although Nissan and GM might not be collecting millions in deposits for their 2017 releases, the next-generation Leaf and Bolt will appear on the market with similar features to the Model 3 at roughly the same time.

The ranges for all three 2017 vehicles are about the same. Not much to contrast there. But let’s talk about the prices because those figures come with some caveats. For the Model 3, the $35,000 price tag is only attached to the basic model without any frills. According to Musk, the teched-out edition will sell for closer to $42,000. Fortunately, the Model 3 will come basic with autonomous driving capabilities, just like the new Leaf and Bolt.

According to a recent survey referenced in Next-Gen 2017 Nissan Leaf More Anticipated Than Model S, Chevy Bolt, the Model 3 is the EV that people are most likely lease or buy. The new Leaf comes in second, followed by the Model S and the Bolt. Despite the Bolt coming in fourth in the survey, some argue that Tesla’s success benefits all EV manufacturers. It might seem to oppose common sense, but more Teslas on the road might indirectly lead to more Leafs and Bolts leaving dealership lots. When people who think an EV could never meet their needs start seeing more electric vehicles in their company parking lot and in their neighbor’s driveway, they might begin to reevaluate. 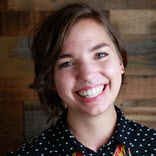